The second such dry run is aimed at ironing out the creases in the ambitious multi-modal transportation project involving Iran, Russia and India
By Jyotika SoodUtpal Bhaskar
A file photo of Russian President Vladimir Putin and Narendra Modi. INSTC will connect the India Ocean and Persian Gulf with the Caspian Sea through Iran and then onwards to St. Petersburg in Russia and northern Europe. Photo: Reuters

* * * New Delhi: India is pulling out all stops to operationalize the International North-South Transport Corridor (INSTC), with a dry run planned for Thursday.
The second such dry run is aimed at ironing out the creases in the ambitious multi-modal transportation project involving Iran, Russia and India and comes in the backdrop of China’s ‘One Belt One Road’ initiative.
While the Chinese strategy is aimed at connecting some 60 countries across Asia, Africa and Europe to boost trade and economic ties along its traditional maritime route, INSTC will connect the India Ocean and Persian Gulf with the Caspian Sea through Iran and then onwards to St. Petersburg in Russia and northern Europe.
The plan is to move goods from Jawaharlal Nehru and Kandla ports on India’s west coast to Bandar Abbas (Iran) by sea. From Bandar Abbas the goods will be transported to Bandar-e-Anzali (Iranian port on Caspian Sea) by road and from there to Astrakhan (a Caspian port in Russia) by sea. The goods would then be transported into Russian Federation and Europe by Russian railways.
According to Indian government officials, INSTC can reduce the time and cost of deliveries by 30-40%. INSTC is much shorter than the current route, which runs through the Suez Canal and the Mediterranean Sea. Goods transported through the Suez take 45-60 days to reach Europe, compared to INSTC’s 25-30 days.
The potential of this corridor will be manifold for India if linked further with South-east Asian countries. This can boost trade between Europe and South-east Asia as well.
A senior Indian government official requesting anonymity said at present India depends on the sea route via Rotterdam to St Petersburg. To reach out to central Asia, goods have to be routed through China, Europe or Iran. The routes through China and Europe are long, expensive and time consuming. This calls for the need for a route that is relatively shorter, cheaper and safe.
“The corridor will help India bypass Pakistan to reach central Asia and Russia and potentially get a competitive advantage due to lower cost and shorter delivery time,” the official added.
Another Indian government official who also didn’t wish to be identified confirmed the development.
The first dry run was conducted in August 2014 by the Federation of Freight Forwarders Association in India (FFFAI). The dry run report stated, “The proposed INSTC route via Bandar Abbas in Iran to Russia and CIS (commonwealth of independent states) destination in transit through Iran, could be the best route with optimal transit/cost for Indian exporters/importers.”
Queries emailed to the spokespersons for India’s ministries of road transport and highways, and external affairs remained unanswered.
India is moving ahead with its plans of accessing transnational multi-modal connectivity to articulate its role in the proposed transportation architecture in the region and beyond.
This follows India’s decision to become the 71st signatory to Transports Internationaux Routiers or International Road Transports (TIR) Convention—an international transit system, designed to facilitate the seamless movement of goods throughout these countries in Asia and Europe.
“The streamlined international system for the movement of goods by road and other modes will, in particular, enhance India’s International ‘North-South’ Transport Corridor, a key trade route between Central Asia and the Commonwealth of Independent States in the north, and southern ports in India and beyond, such as Chabahar in Iran,” IRU, the world’s road transport organisation said in a statement on 7 March.
Experts say India should leverage Chabahar to make INSTC a viable proposition.
“We have to make best use of Chabahar which can open the entire central Asia to us,” said Saurabh Chandra, former secretary in the department of industrial policy and promotion.
India plans to develop Chabahar port in Iran, which will allow access to landlocked Afghanistan and energy-rich Central Asia through the Jawaharlal Nehru and Kandla ports on India’s west coast. In addition, India has built a 218km-road link connecting Delaram with Zaranj in Afghanistan, which is adjacent to Iran’s border.
Indian Railways also plans to set up a Trans-Asian Railway (TAR) route of Dhaka-Kolkata-Delhi-Amritsar-Lahore-Islamabad-Zahedaan-Tehran-Istanbul.
Besides, India has been instrumental in implementing the India-Myanmar-Thailand Trilateral Highway, along with the Bangladesh-Bhutan-India-Nepal Motor Vehicles Agreement.
--- ---
... 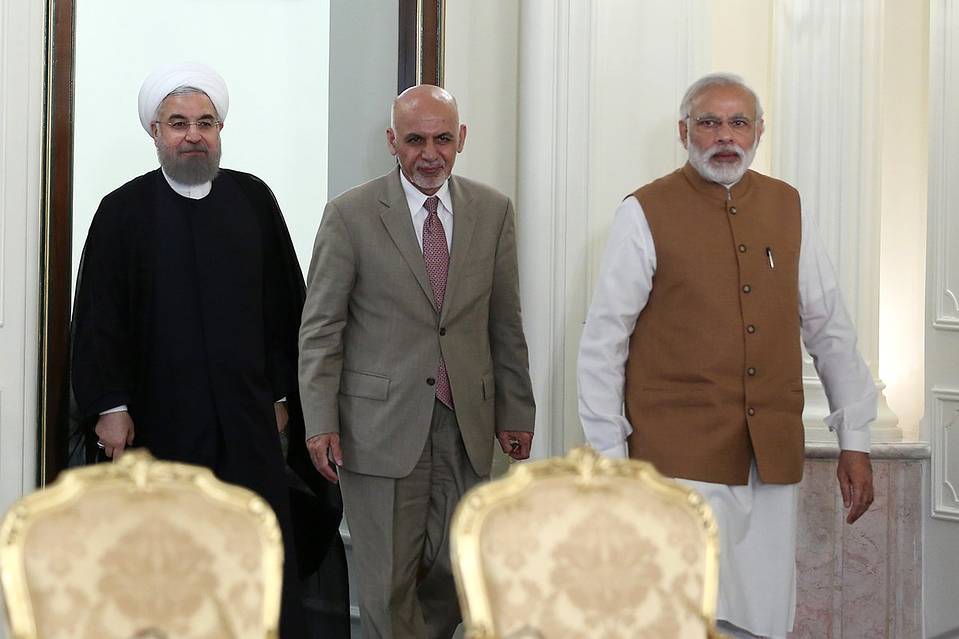 India moves to reset ties with Iran - The Hindu...

thehindu.com 24/06/2015 Economy
By Smriti Kak Ramachandran Visit by Foreign Secy, MoU on Chabahar point to revival. India has begun to reset its ties with Iran, notwithstanding the u...View Details»