Iran announces next steps to scale back nuclear compliance 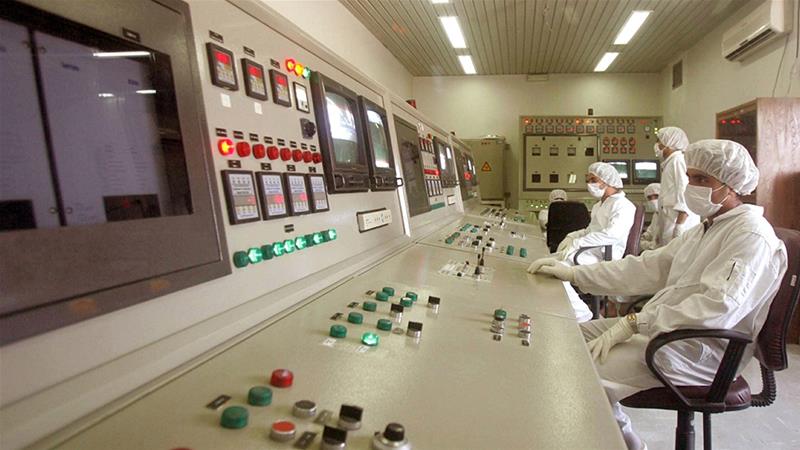 * * * Iran is expected to announce on Monday its next steps to scale back compliance with the 2015 nuclear deal.
Tehran stopped complying with some elements of the Joint Comprehensive Plan of Action (JCPOA) in May, a year after the United States unilaterally withdrew from the deal.
Iranian President Hassan Rouhani said on May 8 the remaining signatories - the United Kingdom, France, Germany, China and Russia - had 60 days to implement their promises to protect Iran's oil and banking sectors from US sanctions.
Rouhani last week reissued the ultimatum, and earlier this month the International Atomic Energy Agency (IAEA) said Iran has already accelerated its production on enriched uranium.
The chairman of the Iranian Parliament's Nuclear Committee, Mojtaba Zonnour, said Iran will consider leaving the Nuclear Nonproliferation Treaty (NPT) altogether if Europe's JCPOA signatories fail to do their share of saving the agreement before the 60-day deadline, the Mehr news agency reported on Monday.
Iran says its decision to reduce commitments under the nuclear deal is within its rights under the 2015 agreement.
Monday's announcement comes amid rising tensions in the Gulf after a series of unexplained attacks on oil vessels and infrastructure in the region.
SOURCE: Al Jazeera and news agencies

Rouhani says leaked tape aimed to sow division in Iran ...
aljazeera.com 28/04/2021 Politics
The Iranian president questioned the timing of the leak that came as the country is engaged in talks to revive the nuclear deal. Tehran, Iran – Iran’s...View Details»