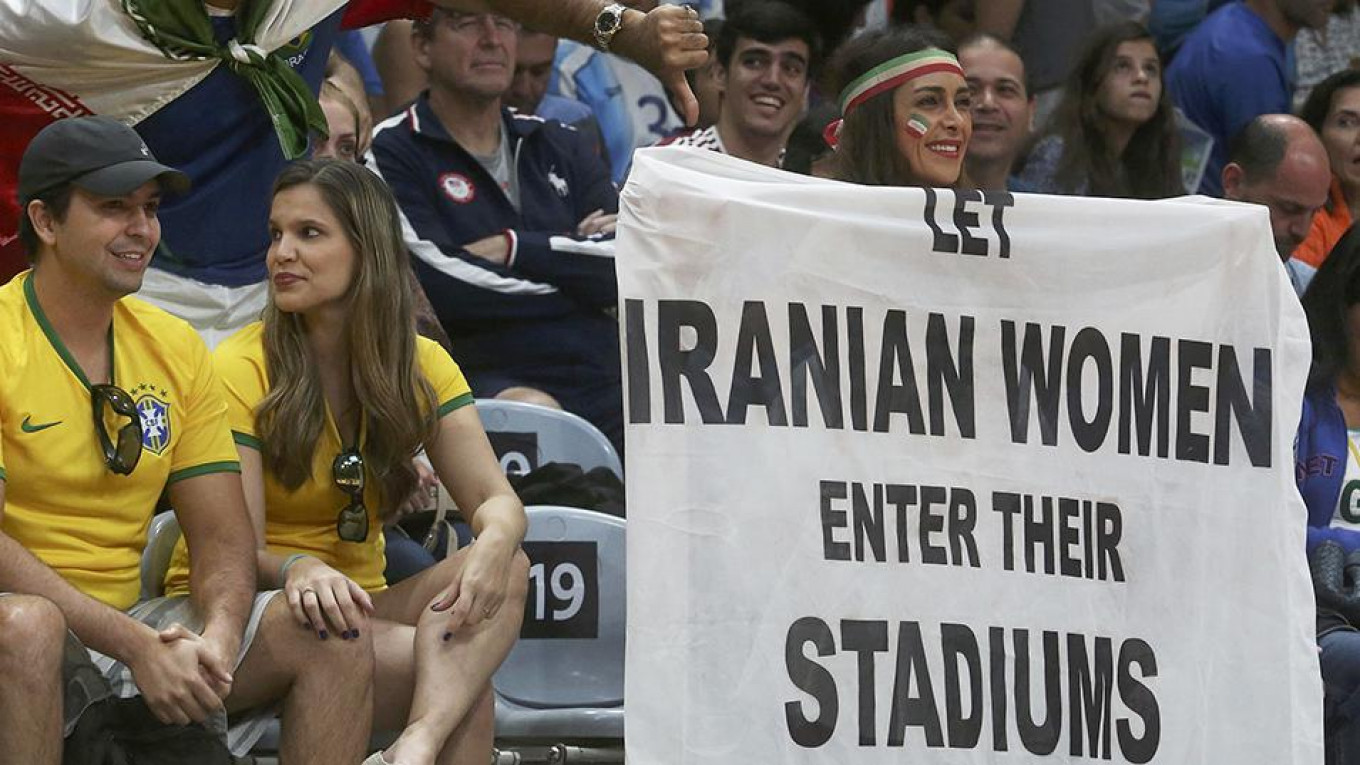 (Reuters) - World soccer governing body FIFA says it was wrong for stewards to intervene and remove two fans at a women's World Cup match in France on Saturday because they advocated for Iranian women to be allowed into stadiums in the middle eastern country.
Two supporters were forced to leave a match in Grenoble because they wore t-shirts which had slogans demanding Iranian women be allowed access to stadiums and messages relating to the enforcement of hijabs (headscarves worn by Muslim women).
Iranian women and girls have not been allowed to attend any men's sporting events in the country for much of the four decades since the Islamic revolution, and they have not been granted access to matches involving top clubs since 1981.
However, Iran relaxed the rule last year when hundreds of women were allowed to watch the Asian Champions League final between home side Persepolis and Japan's Kashima Antlers at Tehran's Azadi stadium in November.
"FIFA believes that the message to allow women into football stadiums in Iran is a social, not political, matter and so the message on the front of the t-shirts worn by two fans is not against the FIFA rules," FIFA said in a statement.
"The fans should not have been asked to remove their t-shirts or to leave the stadium by local security, even if there were other messages on the back of their t-shirts.
"FIFA will do its best to ensure that any similar situations do not occur at future matches during the competition."
The women's World Cup, which began earlier this month, ends on July 7 with the final to be played in Lyon.
---Wrong to remove World Cup fans advocating for Iranian women - FIFA ---
...

Iran's Jewish community in Esfahan: We 'feel at home' - CNN.com...