Iran's cryptocurrency miners are feeling the heat this summer 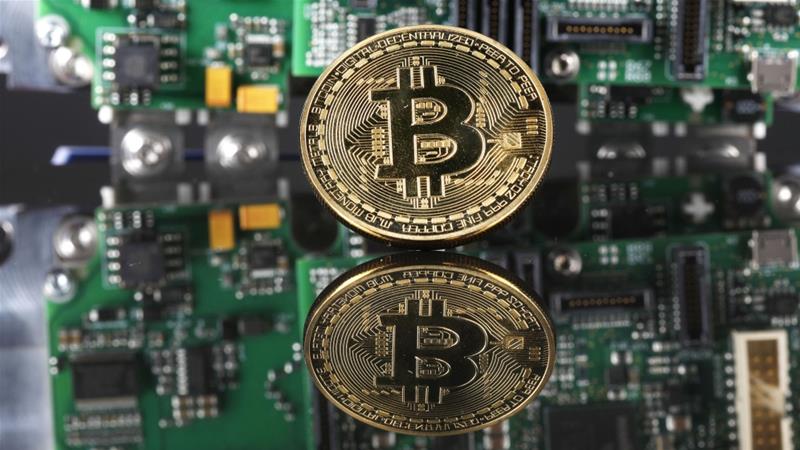 As another hot summer starts in Iran, threatening more power outages, some authorities are placing unprecedented pressure on the fast-rising number of cryptocurrency "miners", accusing them of putting an outsized strain on the nation's power grid.
In Iran, where electricity is subsidised, crypto miners have been accused of profiting at the expense of the state [File: Luke MacGregor/Bloomberg]

* * * Crypto miners run powerful "farms" of computer gear that compete within a global, decentralized computer network to verify transactions made with cryptocurrencies such as bitcoin.
In exchange for verifying "blocks" of transactions and grouping them in a secure "blockchain", computer operators - aka miners - are rewarded with new coins.
The profits can be handsome, but there is a catch. The computer farms that mine coins consume considerable electricity. And in Iran, where electricity is subsidised, crypto miners have been accused of profiting at the expense of the state.
Last fall, government officials acknowledged crypto mining as an official industry in Iran. That stamp of legitimacy - combined with cheap power and the allure of crypto as a hedge against rampant inflation triggered by harsh United States economic sanctions against Iran - has fueled a sharp increase in the number of Iranian crypto miners.
Mining farms are being set up across the country in the most unlikely places. Schools, poultry farms - and even mosques, which get free energy - have reportedly been used as locations for mining farms.
It seems the country is facing a long-standing electricity problem, and crypto mining is an easy target.
Babak Nazari - crypto miner
Scapegoat or outsized energy user?
Iran has some of the cheapest electricity in the world, thanks to the government allocating billions of dollars' worth of energy subsidies each year.
With the exception of summer, when strain on the electricity grid drives prices higher, industrial-grade power usually costs around $0.01 per kilowatt-hour and can be as low as $0.006.
Last week, Mostafa Rajabi Mashhadi, a spokesman for Iran's state-run power distribution company Tavanir, blamed a seven percent increase in electricity use in the month that ended June 21 on crypto mining hardware working around the clock.
Days earlier, Tavanir's CEO, Mohammad Hassan Motevalizadeh, sent a "most urgent" letter to provincial power distribution companies, asking them to identify mining farms and cut power to them until government regulations are in place.
Some officials have also suggested that miners pay a higher price than other businesses for electricity.
Homayoun Haeri, a high-level energy ministry official, said that the price charged to miners should be in line with what the country charges to customers abroad, which far exceeds the electricity tariff for domestic industries.
But members of Iran's crypto mining community claim they are being scapegoated for the country's power problems.
"I always thought the government would be inclined to tax crypto mining, which would be natural, but now it seems the country is facing a long-standing electricity problem and crypto mining is an easy target," 36-year-old Babak Nazari told Al Jazeera.
Nazari, who started mining bitcoin in 2013, said the government crackdown on miners prompted him to sell his equipment. He plans to return to mining when the climate becomes more hospitable.
"They also use the excuse that miners are consuming too much power, but referring to an industry's consumption without considering its efficiency is virtually meaningless," said Nazari.
There are no official figures to support the argument that crypto mining places an outsized burden on Iran's power grid.
A study published last year by two Iranian energy experts found that mining one bitcoin in Iran is equal to producing 107 barrels of oil or 15,000 cubic meters of natural gas, while the energy ministry's Haeri has claimed that the energy required to mine one bitcoin equals the amount of electricity consumed by 28 households in one year.
But many experts attending a Tehran event this week on the potential pros and cons of crypto mining for the country question the accuracy of such numbers.
They argue that there are myriad variables influencing how much power is needed to mine bitcoin, such as its price at any given moment, the type of equipment being used, and the hash rate - the total computing power of the network that determines how long it takes to mine coins.
Moreover, industrial-grade electricity accounts for less than one-third of the total electricity consumed in Iran.
Even before the surge in crypto mining, Iran's power grid was showing signs of strain. There have been significant power outages for several consecutive years.
People across the country lost power on a near-daily basis during last summer's peak times.
The Ministry of Energy does not publish up-to-date figures, and there are doubts about the veracity of its data, but experts estimate that about 15 percent of Iran's total electricity production is wasted in local transfers.
Provincial power distribution companies often sell more load than they can actually handle, leading to power shortages. Waste is believed to be even higher when power is exported. 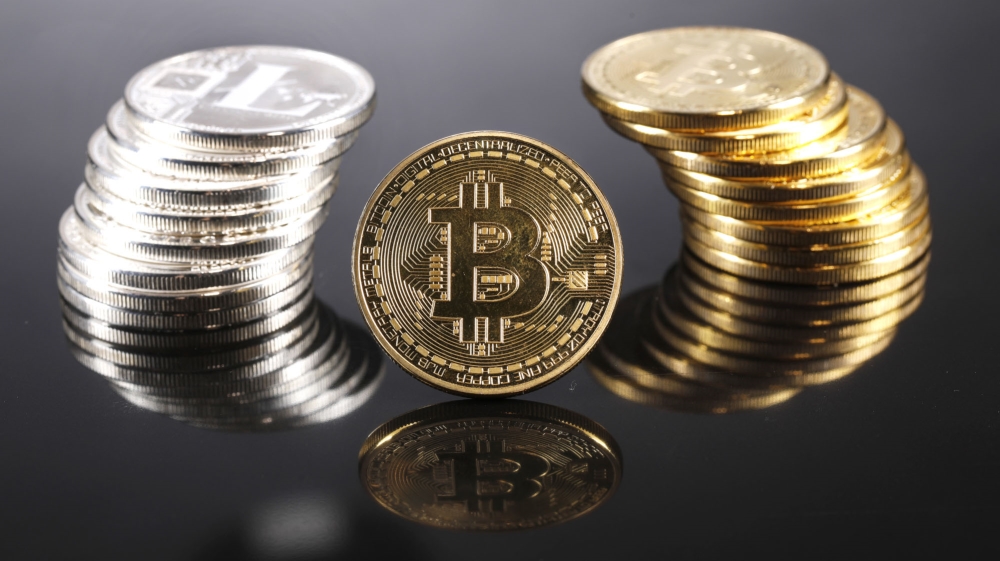 Crypto mining has grown rapidly in Iran thanks to its official recognition as an industry, the availability of cheap power and a desire to hedge against inflation triggered by US sanctions [File: Luke MacGregor/Bloomberg]

* * * Bolstering the broader economy
Some members of the crypto mining community say it is fair to charge them more for electricity, as long as the proposed rate doesn't drive miners out of business.
"Crypto mining in Iran will only be viable if the electricity price does not exceed $0.02 per kilowatt-hour, but that is just one aspect of the situation," 30-year-old mining expert Omid Alavi told Al Jazeera.
Alavi, who was introduced to bitcoin in 2013 by his brothers, said that while electricity is cheaper in Iran, other costs associated with mining are far higher, such as purchasing hardware - which cannot be imported legally into Iran- as well as establishing facilities and buying cables and cooling equipment.
If electricity tariffs are rolled into a broader package of regulation that makes it easier for crypto miners to operate, Alavi says the crypto industry will be better positioned to help the broader economy.
"If importing crypto mining hardware is legalized with suitable tariffs, and electricity prices are set reasonably, not only can the mining industry exit its current underground status, becoming more transparent, it can boost the Iranian economy in multiple ways," he said.
An operation housing 1,000 devices, for instance, requires three working shifts, each employing at least two people. There is also demand for service providers and contractors, such as electricity technicians who need to be hired periodically to check various aspects of the mining facility.
Alavi, who has advised dozens of crypto mining groups from around the world, said foreign miners - especially from China - have expressed interest in moving their operations to Iran because the country's relatively cheaper electricity makes mining more profitable when coin prices fall, as they did in 2018.
But uncertainty over crypto's future in Iran is a major deterrent for foreign investors, said Alavi, warning that with bitcoin recently touching 2019 highs, the window to attract foreign mining operations could close soon.
"International miners may soon find that turning their devices back on is profitable again," he said.
SOURCE: Al Jazeera News
By Maziar Motamedi
1
--- ---
...

One killed as protests erupt after Iran hikes petrol prices ...