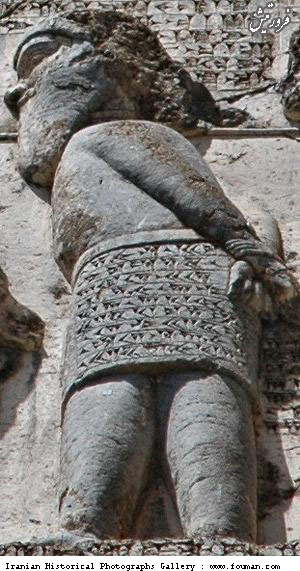 After the death of Phraortes, his son Khashtrita gathers many tribal leaders during Norooz celebrations and declares himself king of kings. This unity was formed because of constant attacks from Assyrians which none of the small nations could counter alone. It took Khashtrita 5 years to do necessary arrangements and supplied necessary forces to start attack against Assyrians in 673 BC which had the most dreadful army of the time. In just two months most of Assyrian occupiers were forced out of Zagros mountains area. Soon enough news of this victory spread around. Assyrian army was no more invincible. Uprisings started in Palestine, Syria and many other nations which were suffering under tyranny. King Esarhaddon of Assyria proposed peace negotiations and starting from 672 BC, in Assyrian records, kingdom of Medes is mentioned for the first time....

english.irib.ir 02/08/2014 History
The historical site of Godin Tappeh (hillock) is located about ten kilometers east of Kangavar, in the western province of Kermanshah. According to I...View Details»