After Khashtrita's death in 625 B.C., his son Hoakhtar became king of Iran. Ashur Banipal of Assyria who had destroyed Elam died in 633 B.C and his son Etil Ilani was king for 4 years until Sinshum Lishir toppled him with the help of Nabo Pulassar, the Lydian king who became ruler of Babylon.
Sinshum Lishir soon was killed by Sinshar Ishkun, Nabo Pulassar opt out of Assyrian treaty and became allies with Hoakhtar, the king of Medes. Babylon won all wars with Assyria in 616 and 615 B.C. and extended it's borders until Kerkuk. Hoakhtar's allied forces entered Mesopotamia and soon reached the sacred city of Assyria which was fortified with high towers and surrounded by a deep trench and the city was captured even before Nabo Pulassar's forces' arrival. Assyrian king managed to escape to Nineveh. Pulassar visited Hoakhtar in his headquarters and sealed again their alliance by a marriage between his son Nebu Chadnezzar and Hoakhtar's daughter Amatis. When Nebu Chadnezzar became king, he ordered building famous Hanging Gardens of Babylon for his wife which used to be one of seven wonders of the ancient world....

1host2u.com 21/03/678BC History
After the death of Phraortes, his son Khashtrita gathers many tribal leaders during Norooz celebrations and declares himself king of kings. This unity...View Details» 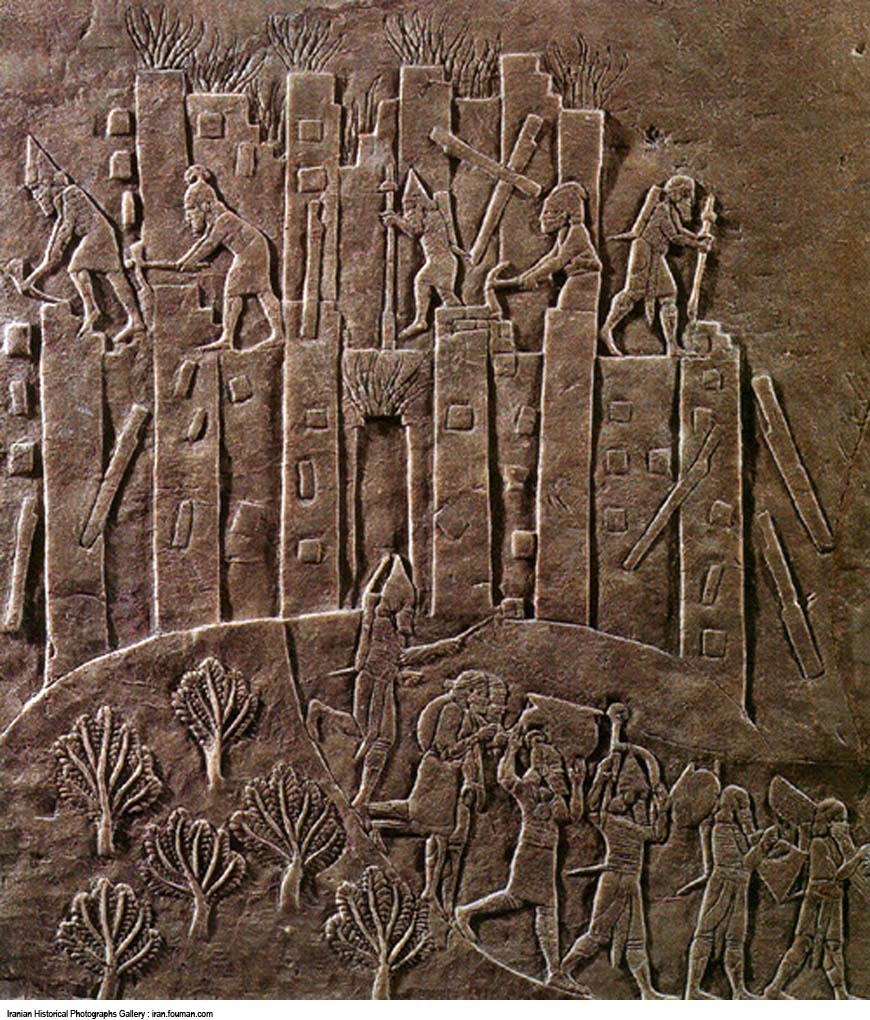 1host2u.com 17/04/647BC History
The notorious army of Ashur Banipal captured Susa and razed it to ground. The Assyrians had built a very strong army that ruled over a vast area witho...View Details»