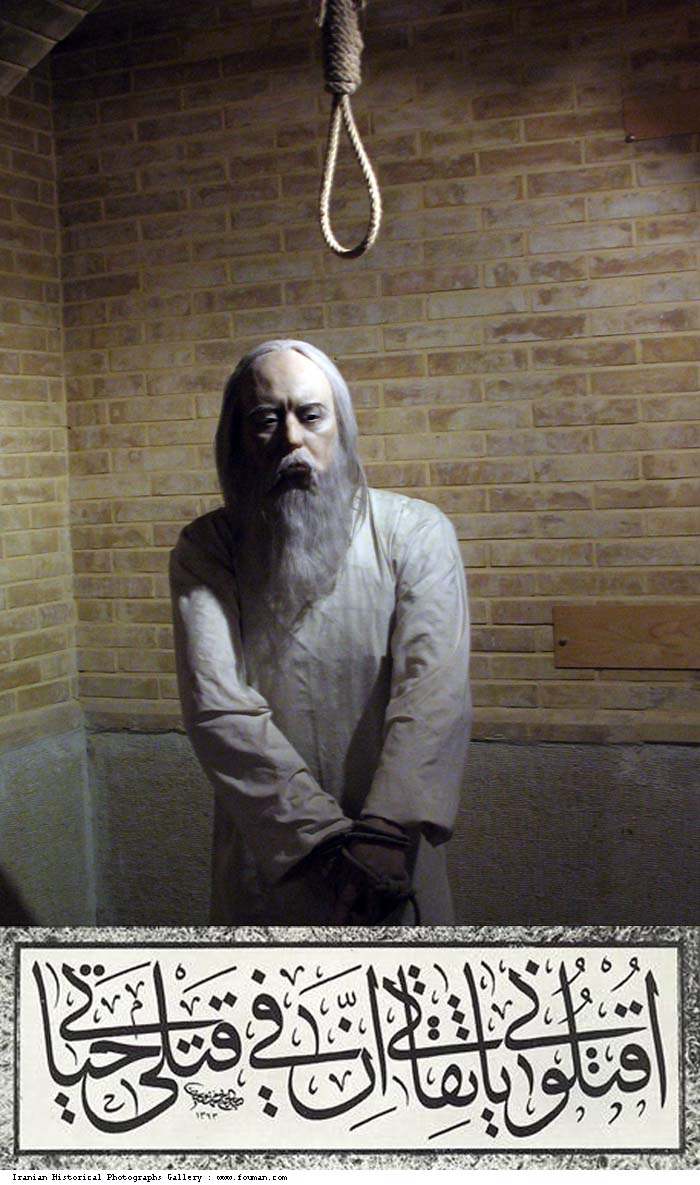 Mansour Hallaj was a revolutionary poet, teacher and great philosopher who was executed in Baghdad. By the order of Al Moghtader, the Abbasi Caliph he was lashed 1000 times and his arms and legs were cut in total brutality. He advocated equal rights for all people in the society and was against exploitation. He was against great land owners and preached equal social and economic opportunities for all. These are actually basic teachings of Islam but his revolutionary ideas made the caliph regime uncomfortable and he was accused of causing an uprising by Gharamateh who staged an attack in Mecca. His last famous words were "Analhagh" meaning "I am the truth", that made zealots angry because they considered themselves representatives of Allah and branded his words as blasphemy.
Hallaj was born in 858 in Tur in Fars province and was 64 when he was killed. He had travelled far and had taught his views from the Red Sea to the Bengal Gulf. He had studied teachings of Buddha, Mani, and Greek philosophers and was after implementing a new version of Mazdakism. He took his ideas to the public and soon found great acceptance and support which alienated both Sufi and Orthodox Muslims. Those were dark times when public awareness was quickly seen as a threat to the establishment. Mansour Hallaj's ideas still irk some clerics because he has become a symbol of religious enlightenment....

Why Does the U.S. Support Saudi Arabia, A Country Which Hosts and Fina...

globalresearch.ca 30/08/2014 Politics
Why Does the U.S. Support a Country which was FOUNDED With Terrorism A U.S. congressman for 6 years, who is now a talking head on MSNBC (Joe Scarboro...View Details»

These Muslim scholars wrote about evolution 900 years before Darwin wa...

stepfeed.com 27/05/2017 History
The theory goes back centuries. 2017-05-27 By Rayana Khalaf Contributor When you hear about the theory of evolution, English scientist Charles Darwin ...View Details»