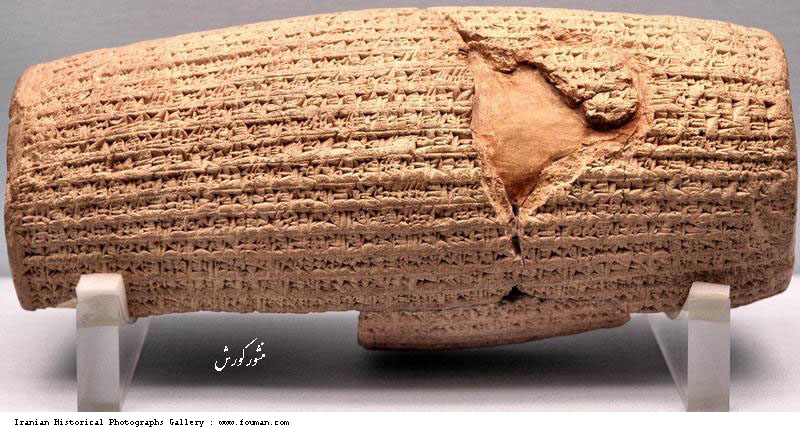 Cyrus The Great started a manner just the opposite of other conquerers who burnt and destroyed conquered cities. He brought peace and security to the societies and that was the reason why citizens of Babylon had asked for his help to get rid of the oppressive king Nabonidus. Cyrus personally took shovel and basic construction materials and started building city walls for Babylon. The same people who had become weak under constant pressure regained their dignity. Unlike other kings who claimed being prophets of God, sons of God, or God himself Cyrus showed people that he was one of them which was an essential material for creating world's greatest empire. The Cyrus Cylinder is the first declaration of human rights that bans slavery, guarantees freedom of religion and is one of its kind to this date.
Achaemenid architecture was based on spatial relationships, orientation and support of activities within a designed environment. The ruins of Perspolis reveals the fact that every nation's identity within the empire was to be preserved as a precious gift of God in order to build, decorate, and operate complex structures; a revolutionary view describing human civilization....

1host2u.ir 01/01/2012 Media
A postal stamp from India issued in 1971 in memory of Achaemenid king Cyrus The Great after the 2500 years celebrations in Perspolis. Cyrus was the fo...View Details»

Temple Of The Jews Inaugurated...

1host2u.com 01/04/515BC History
After liberation of Babylon, Jews who had been enslaved and displaced from Jerusalem were freed. The policy of tolerance and understanding towards re...View Details»