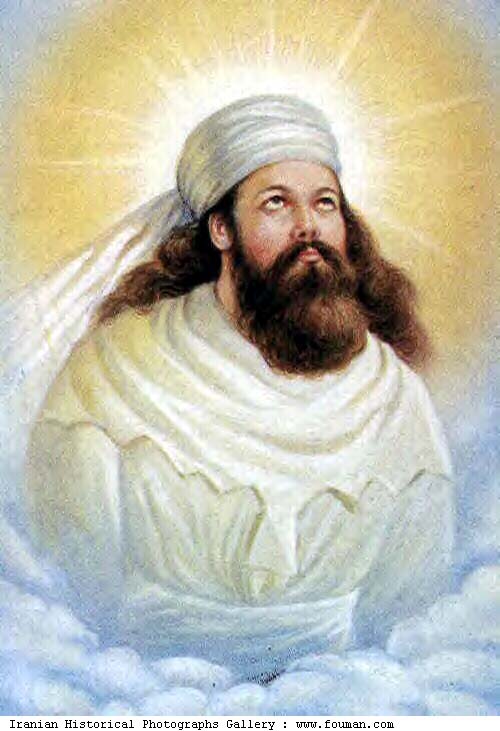 Zoroaster, the great philosopher and prophet, and founder of Zoroastrianism was born in Urmia. Although there's a debate on the place and year of his birth, Zoroastrians commonly agree that he was born on 6th of Farvardin or March, 25. The legend goes; right after Zoroaster was born he burst into laughter that made Ahriman angry. He became prophet at the age of 30 after receiving a vision. He began teaching that Ahouramazda was the only God, a concept that went against common tribal Polytheism. He preached nice thoughts, nice words, and nice deeds as the fundamentals of Zoroastrianism. A constant fight between light (Ahouramazda) and darkness (Ahriman) goes on until the final victory of Ahouramazda. Zoroastrianism changed shape and became Iran's official religion but almost vanished after the Caliphates invasion of Iran. Some of the last followers were forced to flee to India due to discrimination and harassment. Amazingly, Iranians kept alive ancient Zoroastrian customs and traditions despite the fact that they were seen as acts of heresy by zealots and despots who themselves vanished in time. The Eternal Fire is still burning in many fire altars all over the world.
Zoroaster fell martyr with 72 of his followers at the age of 77....

payvand.com 26/03/2014 Culture
By A.J. Cave The memory of the first people who joyfully celebrated the coming of a lovely blossoming spring after months of a cold harsh winter is lo...View Details» 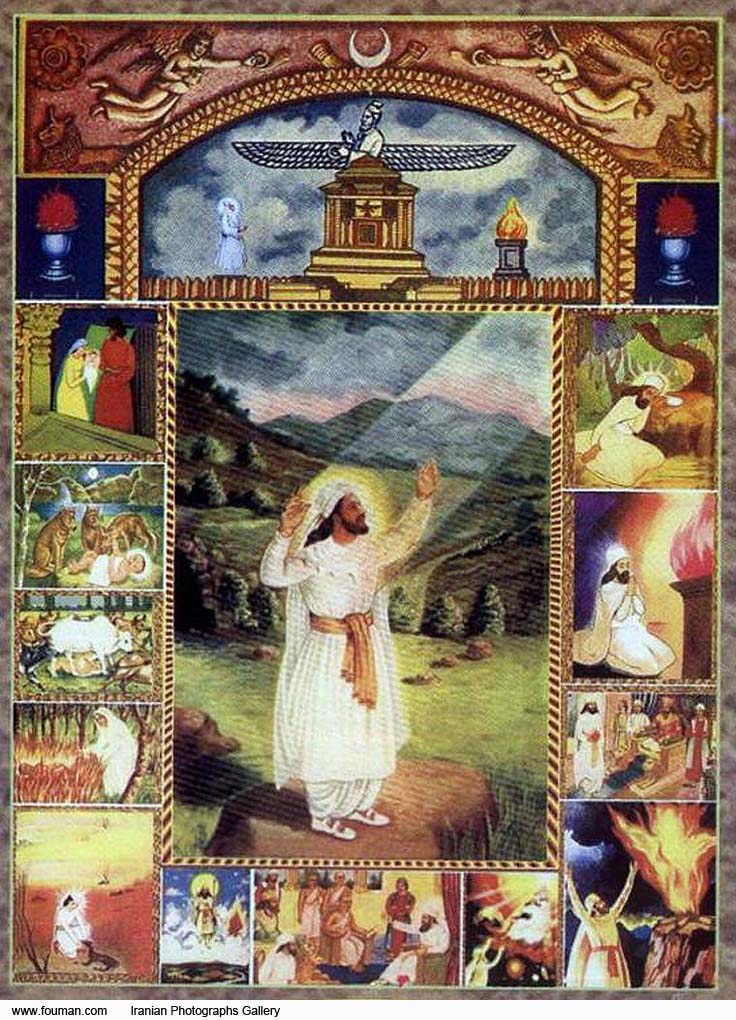 1host2u.ir 01/01/2012 Media
A painting shows the Iranian Prophet Zoroaster and other symbols of a Zoroastrian temple such as Eternal Fire, Ahouramazda, Angels and some events fro...View Details»