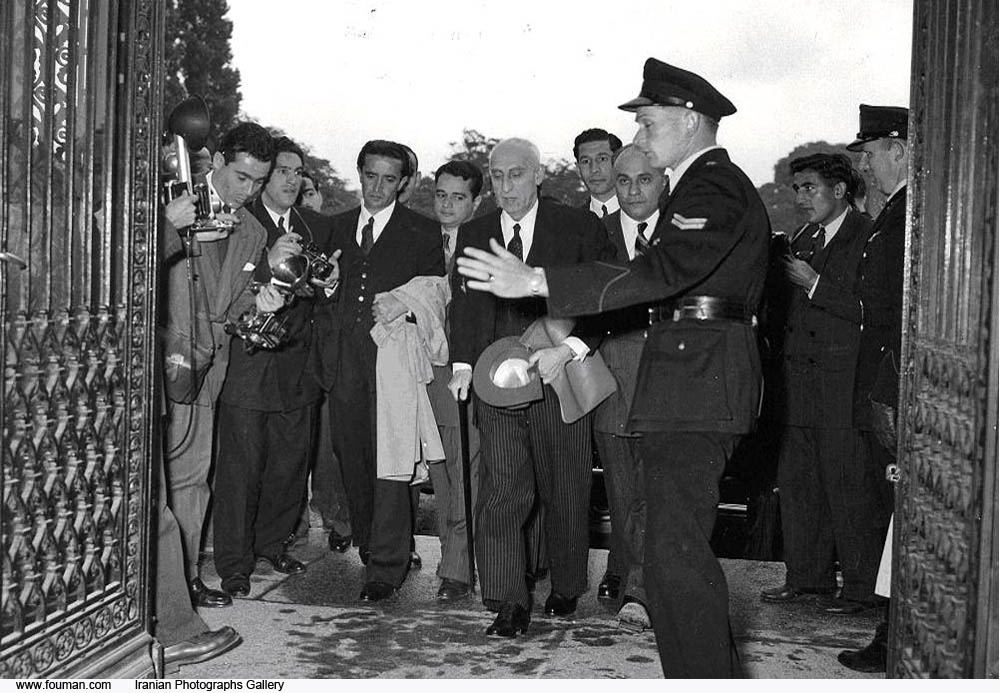 (Massachusetts Institute of Technology) - A US diplomat named W. Averell Harriman arrived in Tehran on July, 15 1951 to mediate between Iran and Britain in the wake of the Iranian Nationalization of Oil Industry and negotiate an end to the Iran-Britain crisis. Harriman was a high-ranking and experienced American diplomat who had served as US ambassador to Moscow until 1946. He was then in Paris, where he was put in charge of the Marshall Plan. In a June 11, 1951 personal letter to President Harry Truman, Mosaddegh described the reasons why Iran had to nationalize the oil industry.
In those times what was propagated as the Truman Doctrine gave Americans pretext to mediate in countries like Greece, Turkey, and Iran, protecting them from Communism. This important diplomatic communiqué was drafted at a time when most Iranians looked to the US as a model Western power that stood for self-determination and democracy devoid of colonial intervention in their country. Yet the Truman administration opposed military action against Iran and appears to have sympathized with its position.
However, Harriman was greeted by angry protestors shouting "Death to Harriman". During clashes that followed between the police and demonstrators, around 20 were killed and scores were injured.
Nonetheless, US-Iran diplomacy had prevailed for the time being and relations remained cordial while the legal battle between the UK and Iran proceeded. But Britain referred back to the ICJ, this time seeking an injunction against Iran’s nationalization plans pending a final judgment of the court on the jurisdiction and, potentially, merits of the case. The court granted the British request for an injunction as an interim measure of protection, ordering both parties to take no further action that might prejudice a potential subsequent decision by the court on the case’s merits, aggravate the dispute, or hamper the company’s operations. It further ruled that the two countries must establish a board of supervisors to ensure that AIOC’s operations continued unabated.
In autumn 1951 with the case before the ICJ being litigated, the British government attempted to increase the mounting international pressure on Iran by concurrently bringing the case before the Security Council, complaining of Iran’s refusal to abide the order of the ICJ for provisional measures. It was suggesting, in effect, that Iran’s decision to nationalize was a threat to international peace and security and hence a breach of the UN Charter.
The Iranians found the Security Council referral most peculiar, questioning if a dispute between a private oil company and Iran – what should have been a purely domestic matter – was a question of maintenance and restoration of peace and security (Chapter VII of the UN Charter). And this at a time when it was British ships which were stationed in the Persian Gulf, making military threats against Iran’s territorial integrity. In the context of the Cold War, the Soviet Union and China capitalized on the dynamics at hand and sided with Iran at the Security Council.
Mosaddegh also led the Iranian delegation before the Security Council in New York as he had done in The Hague. He declared the United Nations to be “the ultimate refuge of weak and oppressed nations, the last champion of their rights”.In challenging Britain’s draft resolution, he charged that “it requires a deficient sense of humor to suggest that a nation as weak as Iran can endanger world peace…Iran has stationed no gunboats in the Thames ”. He emphasized that Iran is “not prepared to finance other people’s dreams of empire from our resources”. The move to engage the Security Council was a diplomatic debacle for the UK, and on October 19, 1951, the council postponed the discussion on the draft resolution until the ICJ had rendered its final judgment.
In response to the British complaint before the ICJ, Iran ultimately filed an objection before the court on February 4, 1952 challenging the court’s jurisdiction.
Finally on July 22, 1952 by a 9-5 vote, the ICJ declared that the 1933 agreement could not constitute a treaty between the two states as the UK claimed, but merely a concessionary contract between a private company and the government of Iran to which the UK was not a party. The court declared it lacked jurisdiction – as contended by Iran – to rule on the merits of the case....

US Has Killed More Than 20 Million People in 37 “Victim Nations” Since...