In Iran, Middlemen Navigate the Maze of Trade - WSJ 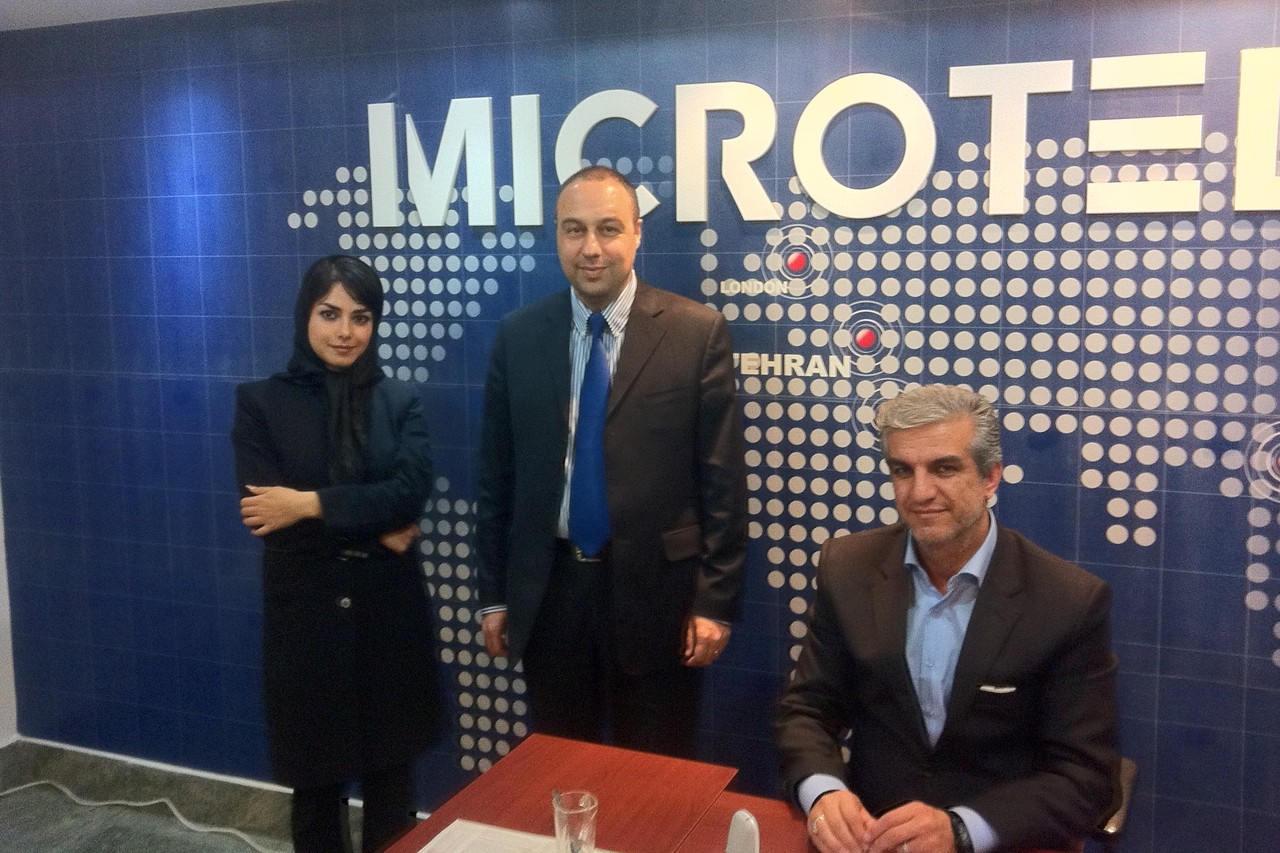 * * * By Benoît Faucon
Feb. 25, 2015 6:56 p.m. ET
TEHRAN—For Mostafa Pakzad, it was a typical working lunch in the surreal world of doing international business in Iran.
In the former Hotel Miami, a Shah-era night spot since converted to a swanky restaurant, the 49-year-old Mr. Pakzad conferred with a potential client named Mehran, who wouldn’t disclose his last name. Around them heavily made-up homemakers munched salads, their bleached-blond hair peeking out from their head scarves.
Mr. Mehran—who, according to Mr. Pakzad, has ties to Iran’s powerful religious circles—was handling an Iranian government order with a Western manufacturer for $500,000 worth of aircraft parts. What he needed was a way to pay for the parts.
Violating the international sanctions on Iran could endanger the international partners both men rely on for their living. But they agreed that the parts deal could be done legally, though it wouldn’t be easy—or cheap.
Messrs. Pakzad and Mehran are members of a tightknit community of middlemen, most of them educated abroad, that help Iranian companies navigate the maze of financial and trade restrictions imposed on their country by the U.S. and its allies, who say the Islamic republic is pursuing a nuclear weapon.
Iran’s government insists its nuclear program is for peaceful purposes only and is negotiating to lift the sanctions in exchange for international checks on the program. The two sides hope to have the details ironed out by July, potentially unleashing an explosion of demand for many foreign industrial and consumer goods.
Meanwhile, there are special exemptions for many medicines and medical devices, agricultural goods and even aircraft parts, which Iranian airlines desperately need.
The problem: “Banks are terrified of dealing with Iranian business, even when it’s legal,” said Xavier Houzel, a consultant who advises European companies on trade with Iran.
That gray area is where Messrs. Pakzad and Mehran thrive. To obscure the Iranian origin of the funds needed to pay for the aircraft parts, they decide to tap a bank account in China where Iran keeps some of its money from oil exports. Because sanctions prevent the Iranian central bank from bringing these offshore dollars home, Iran encourages its companies to use them to pay foreign suppliers. The companies reimburse the central bank with funds held in Iran.
A Turkish citizen is offering to transfer money from his account at the Chinese bank to Dubai, where it can be sent on to the Western manufacturer to pay for the aircraft parts, Mr. Pakzad said. 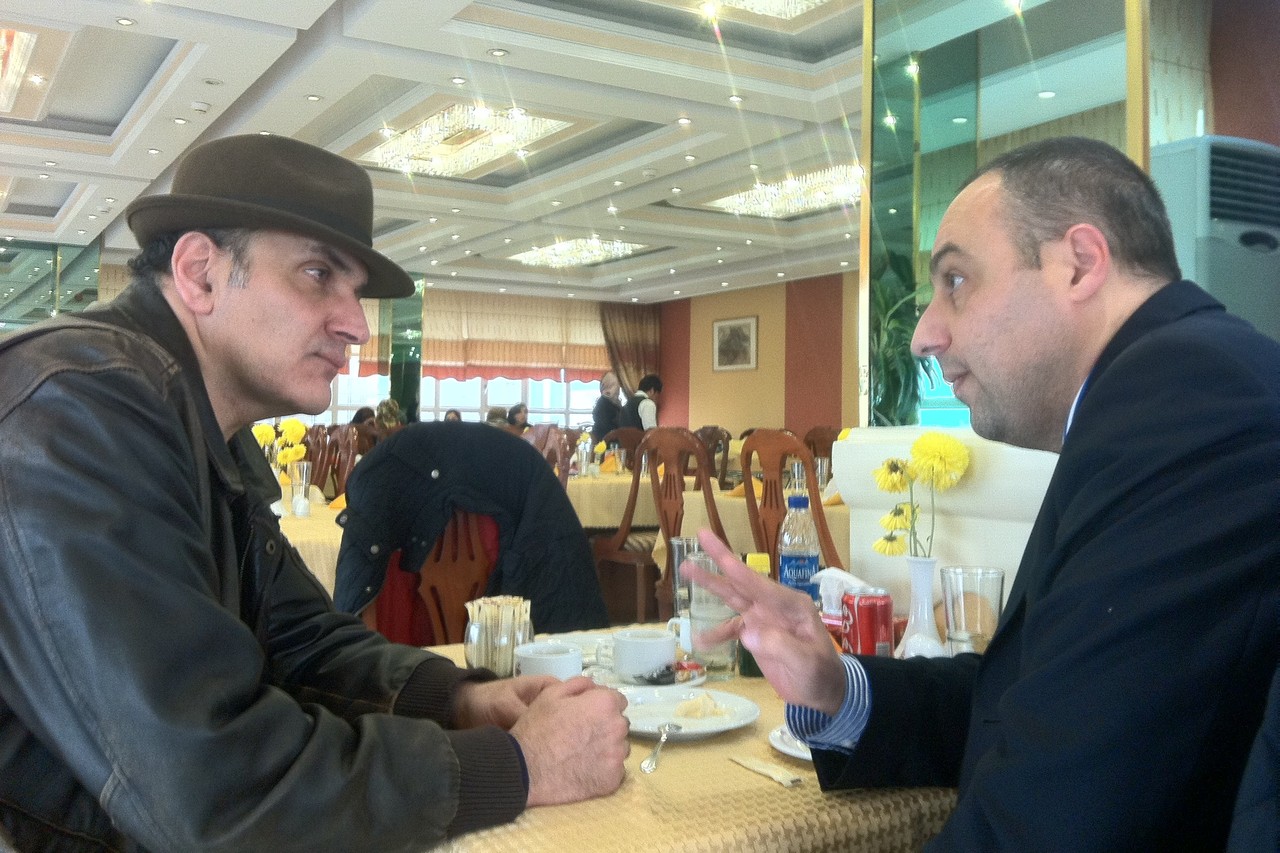 * * * The Turk is charging a commission of 7%, but the man speaks little English, which is a problem. “I can send you an interpreter in Istanbul. But then how do you ensure confidentiality?” Mr. Mehran asked.
Mr. Pakzad, who spent his teenage years in Britain and whose aunt is married to a British lord, has made a career out of wrestling with such questions. He returned to Tehran as an adult in 2001 with a doctorate in computer sciences from Newcastle University. He set up shop as an information-technology consultant, but ended up helping clients frustrated by trade sanctions.
These days, Mr. Pakzad is focusing on the most complex, sensitive, and lucrative part of Iran’s international trade—importing goods from the U.S.
After his lunch, Mr. Pakzad visited a back-street money changer to arrange payment for a shipment of frozen bull semen from the U.S., which is exempt from sanctions and prized by Iranian cattle breeders.
The plan is to send €440,000 ($500,000) from a Tehran-based state-owned farm hopping through half a dozen banks, and all the way to what he said is the Wisconsin branch of a top Wall Street bank.
With Iranian institutions unable to wire cash abroad, Mr. Pakzad asked the money changer to make the funds available in Dubai and transfer them from there to the U.S. in return for a 5% commission.
“I have no problem making remittances to the U.S. for up to $20,000. For larger and business-related transactions, there is no direct solution. But we will find a way,“ the money changer said.
Later, Mr. Pakzad offered his services to a relative who was struggling to pay for an order of pacemakers from Minneapolis-based manufacturer Medtronic Inc., in exchange for a 5% commission on the transaction. The relative importing the sanction-exempt medical devices didn’t want the headaches of dealing with the U.S. Treasury’s Office of Foreign Assets Control, which must vet every aspect of the deal. Among the detailed information the agency wants is the ownership structure of the money-exchange house he uses.
The man said it is becoming harder to import such goods. “I spent my days trying to find ways to pay for my purchases,” he complained, “So I can’t focus on my real job, which is to grow my company.”
Asked about the deal, Medtronic said it “sells its devices into Iran through various authorized resellers…in accordance with applicable export regulations.”
Mr. Pakzad effectively takes on his clients’ financial risk. The challenge, he said is to find financial partners that aren’t blacklisted or dishonest.
“My clients can’t receive their payments from a dodgy bank,” he said. Last year, one of his current clients—a U.K. company that sells U.S. oil-extraction equipment to the National Iranian Oil Co., thanks to exemptions from the sanctions for certain oil-production gear—fell victim to an apparent scam. An unlicensed money changer won the company’s business by offering a 1% rebate on currency fees to transfer money to Dubai from Tehran, he said. The company sent €2 million, but €600,000 failed to arrive.
The company “waited days, weeks, and the money never came,” he said. “The changer just disappeared.”
Bureaucracy also complicates business deals. Mr. Pakzad recently accompanied Roya Erfani, a payments specialist at Pars Microtel Co., one of Iran’s largest mobile-phone distributors, from one office to another in an Iranian bank, addressing the paperwork hurdles to transferring €2 million of oil money out of an Iranian bank account to a South Korean one to pay for 2,000 smartphones from Samsung Electronics Co.
At first, the central bank seemed to be dragging its feet. Then, the bank learned that the transaction has been passed to the wrong department.
“It’s the same every Monday,” said Mrs. Erfani, referring to the day the company settles its invoices.
“I know the manager; I hope we can sort it out,” Mr. Pakzad assured her. But the payment doesn’t arrive on time, and Pars Microtel was forced to cancel its order..
Write to Benoit Faucon at benoit.faucon@wsj.com
---A tightknit community of Iranian middlemen—many educated abroad—helps the nation maneuver through a maze of international sanctions designed to limit its access to Western goods because of its nuclear program.---
...