British-Iranian national, who has already served five years in prison, handed an extra year after being found guilty of ‘propaganda’.
Nazanin Zaghari-Ratcliffe has been sentenced to another year in an Iranian jail, a development that prompted an instant backlash from the United Kingdom’s Prime Minister Boris Johnson.
An Iranian Revolutionary Court sentenced her on Monday to a one-year jail term after finding her guilty of propaganda activities against the Iranian government, her lawyer said.
The British-Iranian woman, 43, has already served a five-year prison sentence in Iran having spent four years in a jail in the capital, Tehran, before being released into house arrest in March 2020 during the coronavirus pandemic.
“Nazanin Zaghari was sentenced to one year in prison and a one-year ban from leaving the country on charges of propaganda against the Islamic Republic,” her lawyer Hojjat Kermani told the Emtedad news website.
Kermani said he would appeal the new sentence within 21 days, as stipulated under Iranian law.
The new charges relate to Zaghari-Ratcliffe’s alleged participation in a protest in front of the Iranian Embassy in London in 2009.
Zaghari-Ratcliffe’s family and the Thomson Reuters Foundation, a charity that operates independently of media firm Thomson Reuters and its news subsidiary Reuters, deny the accusations levelled against her.
A project manager with the Thomson Reuters Foundation charity, Zaghari-Ratcliffe was arrested at a Tehran airport in April 2016 and later convicted of plotting to overthrow the country’s clerical establishment – a charge that she, her supporters and rights groups deny.
Her previous sentence recently ended, raising hopes of her return to the UK. But while she was released from house arrest last month, she was immediately ordered back into court to face the new propaganda charges.
The UK’s Johnson, whose government has pressed Tehran to release Zaghari-Ratcliffe and allow her to return, criticised the revolutionary court’s decision.
“I don’t think it’s right at all that Nazanin should be sentenced to any more time in jail,” Johnson told reporters.
He added that Britain was working with the United States on the issue of jailed dual-nationals in Iran.
UK Foreign Secretary Dominic Raab also weighed in on the issue, calling the Iranian court’s ruling “inhumane and wholly unjustified”.
“We continue to call on Iran to release Nazanin immediately so she can return to her family in the UK,” he said in a statement.
State media in Iran did not immediately acknowledge the sentence.
The development comes as Iran and the UK continue a longstanding dispute over a 1970s arms sale, and amid ongoing negotiations in Vienna over the former’s tattered nuclear deal with world powers.
The UK is a party to the 2015 pact, which the United States quit in 2018 and which Tehran and European countries want to revive.
Rights groups accuse Iran of holding dual-nationals as bargaining chips for money or influence in negotiations with the West, something Tehran denies.
Iran does not recognise dual nationalities, so detainees like Zaghari-Ratcliffe cannot receive consular assistance.
Al Jazeera’s Paul Brennan, reporting from London, said there was “a lot of conjecture and suspicion” over Zaghari-Ratcliffe’s case.
“As to why she is there [in Iran], there are several different stories,” Brennan said. “Richard Ratcliffe, her husband, has said that he believes she [Zaghari-Ratcliffe] is being used as a negotiating tactic by the Iranian government.”
Source: Al Jazeera and news agencies
--- ---
...

Attack On British Embassy In Tehran... 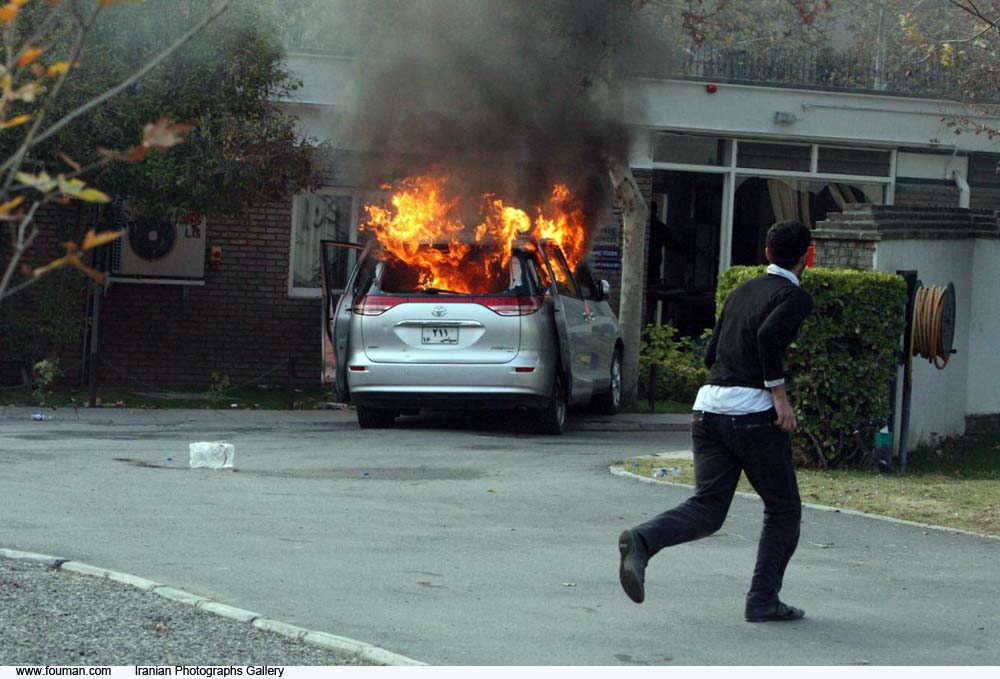 1host2u.com 29/11/2011 History
(Wikipedia) - The British Embassy in Iran and another British diplomatic compound in Tehran were attacked on November, 29 2011 by a crowd of Iranian p...View Details»